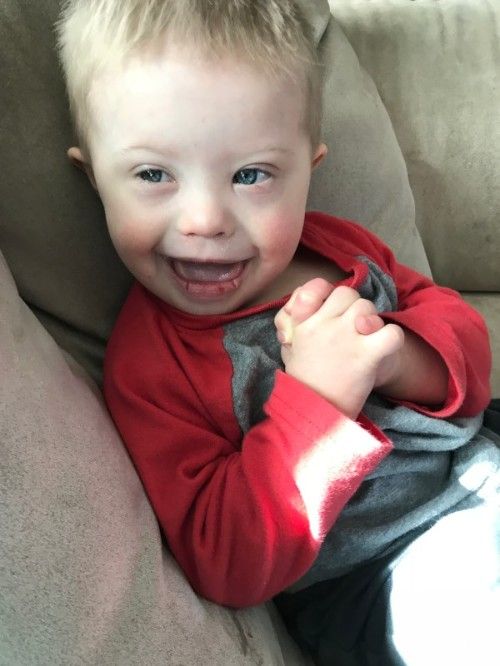 Porter is such a sweet 22 month old! He became a big brother a month ago and he LOVES his baby sister Harper. Anytime she is sad he crawls over to see what is wrong. He also loves his big brother, Emmitt and big sister, Bailey and loves to play with them. He’s really into tickling and wrestling with them right now.
He is working really hard to walk and is practicing with a little walker. He says “dad” and “ma” and signs “drink” and “more”. He LOVES music and dances to any song. He has started to sing along and it’s the cutest thing. He especially likes listening to The Greatest Showman soundtrack.