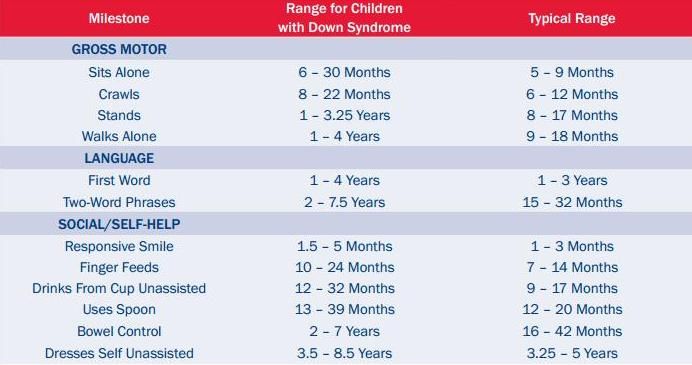 The first years of life are a critical time in a child’s development. All young children go through the most rapid and developmentally significant changes during this time. During these early years, they achieve the basic physical, cognitive, language, social and self-help skills that lay the foundation for future progress, and these abilities are attained according to predictable developmental patterns. Children with Down syndrome typically face delays in certain areas of development, so early intervention is highly recommended. It can begin anytime after birth, but the sooner it starts, the better.

What Is Early Intervention?

Early intervention is a systematic program of therapy, exercises and activities designed to address developmental delays that may be experienced by children with Down syndrome or other disabilities. These services are mandated by a federal law called the Individuals with Disabilities Education Act (IDEA). The law requires that states provide early intervention services for all children who qualify, with the goal of enhancing the development of infants and toddlers and helping families understand and meet the needs of their children. The most common early intervention services for babies with Down syndrome are physical therapy, speech and language therapy, and occupational therapy.

When Should Early Intervention Start?

How Can Early Intervention Benefit a Baby with Down Syndrome?

Development is a continuous process that begins at conception and proceeds stage by stage in an orderly sequence. There are specific milestones in each of the four areas of development (gross and fine motor abilities, language skills, social development and self-help skills) that serve as prerequisites for the stages that follow. Most children are expected to achieve each milestone at a designated time, also referred to as a “key age,” which can be calculated in terms of weeks, months or years. Because of specific challenges associated with Down syndrome, babies will likely experience delays in certain areas of development. However, they will achieve all of the same milestones as other children, just on their own timetable. In monitoring the development of a child with Down syndrome, it is more useful to look at the sequence of milestones achieved, rather than the age at which the milestone is reached.